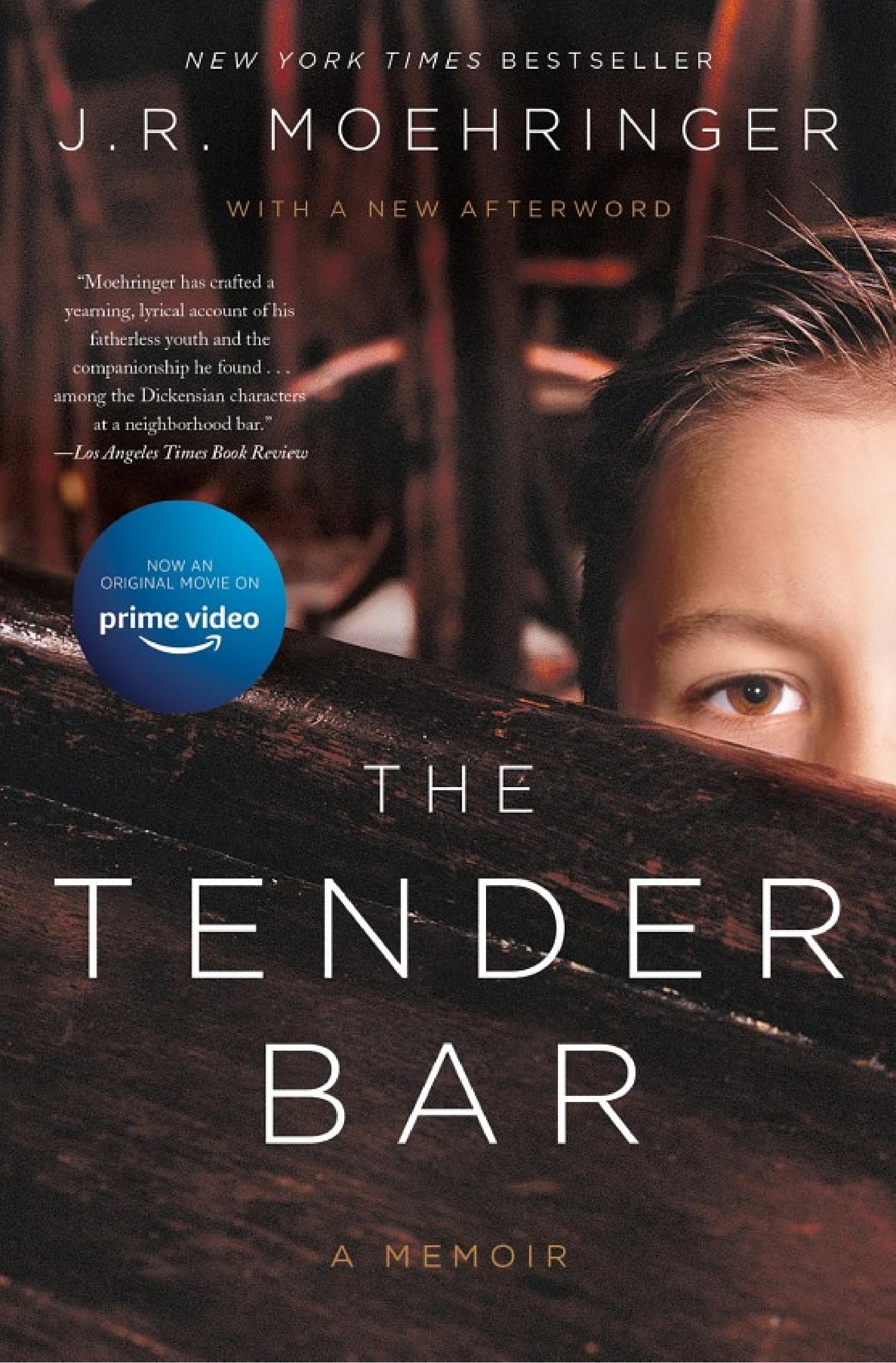 Soon to be a major Amazon film directed by George Clooney and starring Ben Affleck, Tye Sheridan, Lily Rabe, and Christopher Lloyd, a raucous, poignant, luminously written memoir about a boy striving to become a man, and his romance with a bar, in the tradition of This Boy’s Life and The Liar’s Club. J.R. Moehringer grew up captivated by a voice. It was the voice of his father, a New York City disc jockey who vanished before J.R. spoke his first word. Sitting on the stoop, pressing an ear to the radio, J.R. would strain to hear in that plummy baritone the secrets of masculinity and identity. Though J.R.'s mother was his world, his rock, he craved something more, something faintly and hauntingly audible only in The Voice. At eight years old, suddenly unable to find The Voice on the radio, J.R. turned in desperation to the bar on the corner, where he found a rousing chorus of new voices. The alphas along the bar—including J.R.'s Uncle Charlie, a Humphrey Bogart look-alike; Colt, a Yogi Bear sound-alike; and Joey D, a softhearted brawler—took J.R. to the beach, to ballgames, and ultimately into their circle. They taught J.R., tended him, and provided a kind of fathering-by-committee. Torn between the stirring example of his mother and the lurid romance of the bar, J.R. tried to forge a self somewhere in the center. But when it was time for J.R. to leave home, the bar became an increasingly seductive sanctuary, a place to return and regroup during his picaresque journeys. Time and again the bar offered shelter from failure, rejection, heartbreak—and eventually from reality. In the grand tradition of landmark memoirs, The Tender Bar is suspenseful, wrenching, and achingly funny. A classic American story of self-invention and escape, of the fierce love between a single mother and an only son, it's also a moving portrait of one boy's struggle to become a man, and an unforgettable depiction of how men remain, at heart, lost boys. Named a best book of the year by The New York Times, Esquire, The Los Angeles Times Book Review, Entertainment Weekly, USA Today, NPR's "Fresh Air," and New York Magazine A New York Times, Los Angeles Times, Wall Street Journal, San Francisco Chronicle, USA Today, Booksense, and Library Journal Bestseller Booksense Pick Borders New Voices Finalist Winner of the Books for a Better Life First Book Award

"Electrifying." --Booklist (starred) Willie Sutton was born in the Irish slums of Brooklyn in 1901, and he came of age at a time when banks were out of control. Sutton saw only one way out and only one way to win the girl of ...

Imagine that Alice had walked into a bar instead of falling down the rabbit hole. In the tradition of J. R. Moehringer’s The Tender Bar and the classic reportage of Joseph Mitchell, here is an indelible portrait of what is ...

#1 NATIONAL BESTSELLER Far more than a superb memoir about the highest levels of professional tennis, Open is the engrossing story of a remarkable life. Andre Agassi had his life mapped out for him before he left the crib. Gr ...

In 1892, America was obsessed with a teenage murderess, but it wasn't her crime that shocked the nationit was her motivation. Nineteen-year-old Alice Mitchell had planned to pass as a man in order to marry her seventeen-yea ...

“Todd Doughty is one of the happiest people on the planet. He finds things big and small that make us smile, and in this wonderful book he shares them with a world he cherishes.”—John Grisham “A poetic, sparkling gem ...

This One Wild and Precious Life par Sarah Wilson

As seen in USA Today's hottest releases and The Washington Post's 10 New Books Spotlight “Sarah Wilson is a force of nature – quite literally. She has taken her pain and grief about our sick and troubled world and alchemi ...

From the Pulitzer Prize-winning Washington Post reporter, a powerful and cathartic portrait of a country grappling with the Covid-19 pandemic—from feeling afraid and overwhelmed to extraordinary resilient—told through voi ...

In My Skin par Kate Holden

This is the frank, harrowing, and true story of one young woman’s descent into addiction and prostitution, and the long arduous struggle to reclaim her life. A shy, bookish college graduate, a nice girl from a solid middle- ...

In this New York Times bestseller, legendary actor and star of the acclaimed documentary Val shares the stories behind his most beloved roles, reminisces about his star-studded career and love life, and reveals the truth behi ...

Tender Morsels is a dark and vivid story, set in two worlds and worrying at the border between them. Liga lives modestly in her own personal heaven, a world given to her in exchange for her earthly life. Her two daughters gro ...

A Best Book for Summer 2021 in the Times, Guardian, and The i Independent Book of the Month ----- 'Inspiring' GUARDIAN 'Heartbreaking' INDEPENDENT 'I loved it' ADAM KAY 'Beautiful' MATT HAIG 'Luminous' NICCI GERRARD 'Essentia ...

Blubber meets Steel Magnolias in this funny and honest story about body image and family. Rosemary Goode is smart and funny and loyal and the best eyebrow waxer in Spring Hill, Tennessee. But only one thing seems to matter to ...

A powerful, lyrical novel of the endurance of love, set amid the upheaval of the Arab Spring and the brutal repression of a totalitarian regime Tarek, a young father, watches as the city he lives in is mired in protests, hemm ...

“Teddy Wayne has written a brilliant book. Karim Issar is one of the freshest, funniest heroes I’ve come across in a long time.” — Ben Fountain, bestselling author of Brief Encounters with Che Guevara “An innovative ...

You Got Anything Stronger? par Gabrielle Union

“Funny, tender, and so good.” —Mindy Kaling, #1 New York Times bestselling author of Why Not Me? Remember when we hit it off so well that we decided We’re Going to Need More Wine? Well, this time you and I are going t ...

J. R. Moehringer, a Pulitzer Prize–winning feature writer and the author of The Tender Bar, has selected the best in sports writing from the past year. Chosen from more than 350 national, regional, and specialty publication ...

The Devil All the Time

A Court of Wings and Ruin

Wish You Were Here

A Court of Mist and Fury

We use cookies on our website to give you the most relevant experience by remembering your preferences and repeat visits. By clicking “Accept All”, you consent to the use of ALL the cookies. However, you may visit "Cookie Settings" to provide a controlled consent.
Cookie SettingsAccept All
Manage consent