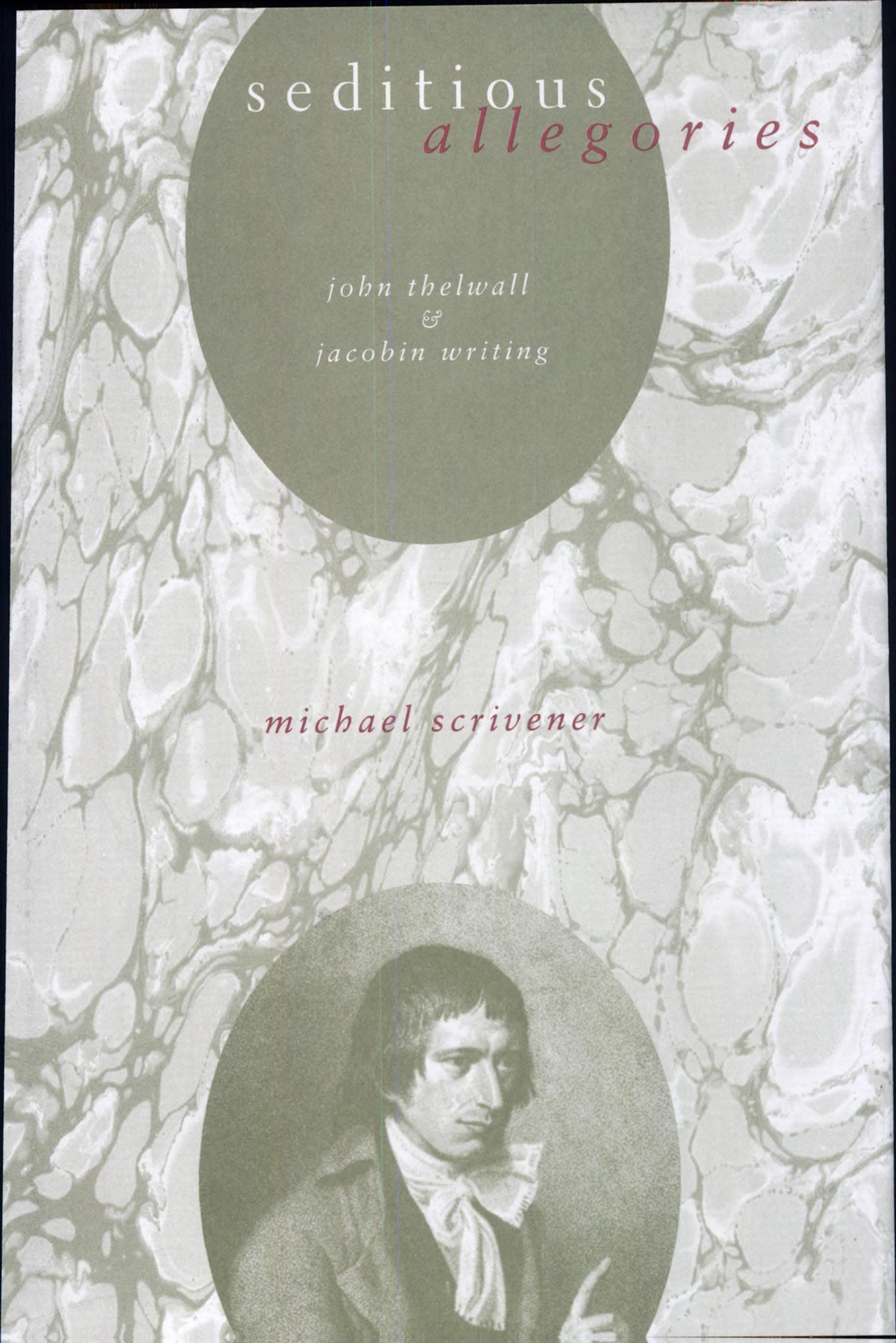 The multifaceted career of John Thelwall (1764-1834)—poet, novelist, playwright, journalist, politician, scientist—is the lens through which we are offered here a new look at the phenomenon of British Jacobinism, long distorted by the critical view of it as intellectually weak bequeathed to us by Coleridge and Wordsworth, once Jacobins themselves. This book, the first on Thelwall in almost one hundred years, combines literary analysis and historical description to show how this innovative political activist remained true to his radicalism while adapting his methods in the face of the anti-Jacobin reaction that Paine's The Rights of Man helped set off. The three parts of the book set Thelwall's achievements and challenges in the political and literary context of his times. Part One, "Jacobin(s) Writing," focuses on the most essential aspects, ideologically and formally, of the insurgent writing of the 1790s to which Thelwall contributed. Part Two, "The Voice of the People," treats both Thelwall's radical oratory and journalism, as well as his writings and activities as a natural scientist and rhetorician, a professor and technician of "elocution." Part Three, "Jacobin Allegory," expounds on Thelwall's characteristic strategy of indirect expression through synecdoche and allegory, which he used in his later career after repression forced him out of politics. Through Thelwall's life Michael Scrivener succeeds in revealing how British Jacobinism reshaped the public sphere, initiating numerous literary experiments with oratory, pamphlets, periodicals, popularizations, and songs in the spaces opened up by political associations, lectures, meetings, and trials. Jacobinism thus altered the very institutions of reading and writing by expanding literacy, restructuring the popular arena for reading, and generating a body of diverse texts that were "seditious allegories."

Conversion and Reform in the British Novel in the 1790s par A. Markley

Conversion and Reform analyzes the work of those British reformists writing in the 1790s who reshaped the conventions of fiction to reposition the novel as a progressive political tool. Includes new readings of key figures su ...

Examines the new internationalism which emerged in Europe during the Enlightenment. This is the study of cosmopolitanism, which takes into account feminist and post-colonial critiques of the Enlightenment. It also offers cosm ...

Examining the relationship between sedition and liberal democracies, particularly in India, this book looks at the biography of sedition laws, its contradictory position against free speech, and democratic ethics. Recent sedi ...

In this book, Judith Thompson restores a powerful but long-suppressed voice to our understanding of British Romanticism. Drawing on newly discovered archives, this book offers the first full-length study of the poetry of John ...

At the beginning of the nineteenth century, the literary lecture arrived on London's cultural scene as an influential critical medium and popular social event. It flourished for two decades in the hands of the period's most p ...

This book offers an important account of the relationship between science and culture in the eighteenth century. It examines the 'vitalist' turn in physiology and natural philosophy, and its presence and effect in the burgeon ...

The Oxford Handbook of British Romanticism offers a comprehensive guide to the literature and thought of the Romantic period, and an overview of the latest research on this topic. Written by a team of international experts, t ...

With contributions from leading Romanticist scholars who draw on literary history, performance studies, philosophy, linguistics, and anthropology, Spheres of Action examines the significant intersections between language and ...

John Thelwall’s The Daughter of Adoption: A Tale of Modern Times is a witty and wide-ranging work in which the picaresque and sentimental novel of the eighteenth century confronts the revolutionary ideas and forms of the Ro ...

Drawing on newly-discovered manuscripts, this collection is the first modern edition of poetry by John Thelwall, the famed radical Romantic and champion of the working class. Eight key essays and 125 fully-annotated poems int ...

John Thelwall was a Romantic and Enlightenment polymath. In 1794 he was tried and acquitted of high treason, earning himself the disdainful soubriquet 'acquitted felon' from Secretary of State for War, William Windham. Later, ...

This is the first title in a new series called Poetry and Song in the Age of Revolution. This series will appeal to those involved in English literary studies, as well as those working in fields of study that cover Enlightenm ...

Intellectual Politics and Cultural Conflict in the Romantic Period maps the intellectual formation of English plebeian radicalism and Scottish philosophic Whiggism over the long eighteenth century and examines their associate ...

This book presents two unpublished plays by John Thelwall (1764-1834), a friend of Coleridge, a radical lecturer for the London Corresponding Society acquitted of treason in 1794, and a prolific man of letters who produced no ...

John Thelwall and the Materialist Imagination reassesses Thelwall's eclectic body of work from the perspective of his heterodox materialist arguments about the imagination, political reform, and the principle of life itself, ...

"Fair Philosopher, the first sustained scholarly study of The Female Spectator, brings together an impressive collection of established and upcoming Haywood scholars who challenge much of the received opinion about this groun ...

On the lapse of the Licensing Act in 1695, Thomas Macaulay wrote in his History of England, 'English literature was emancipated, and emancipated for ever, from the control of the government'. It's certainly true that the syst ...

This study is a much-needed reappraisal of Wordsworth's and Coleridge's radical careers before their emergence as major poets. Dr Roe presents a detailed examination of both writers' debts to radical dissent in the years befo ...

The Last Story of Mina Lee

The Eye of the World