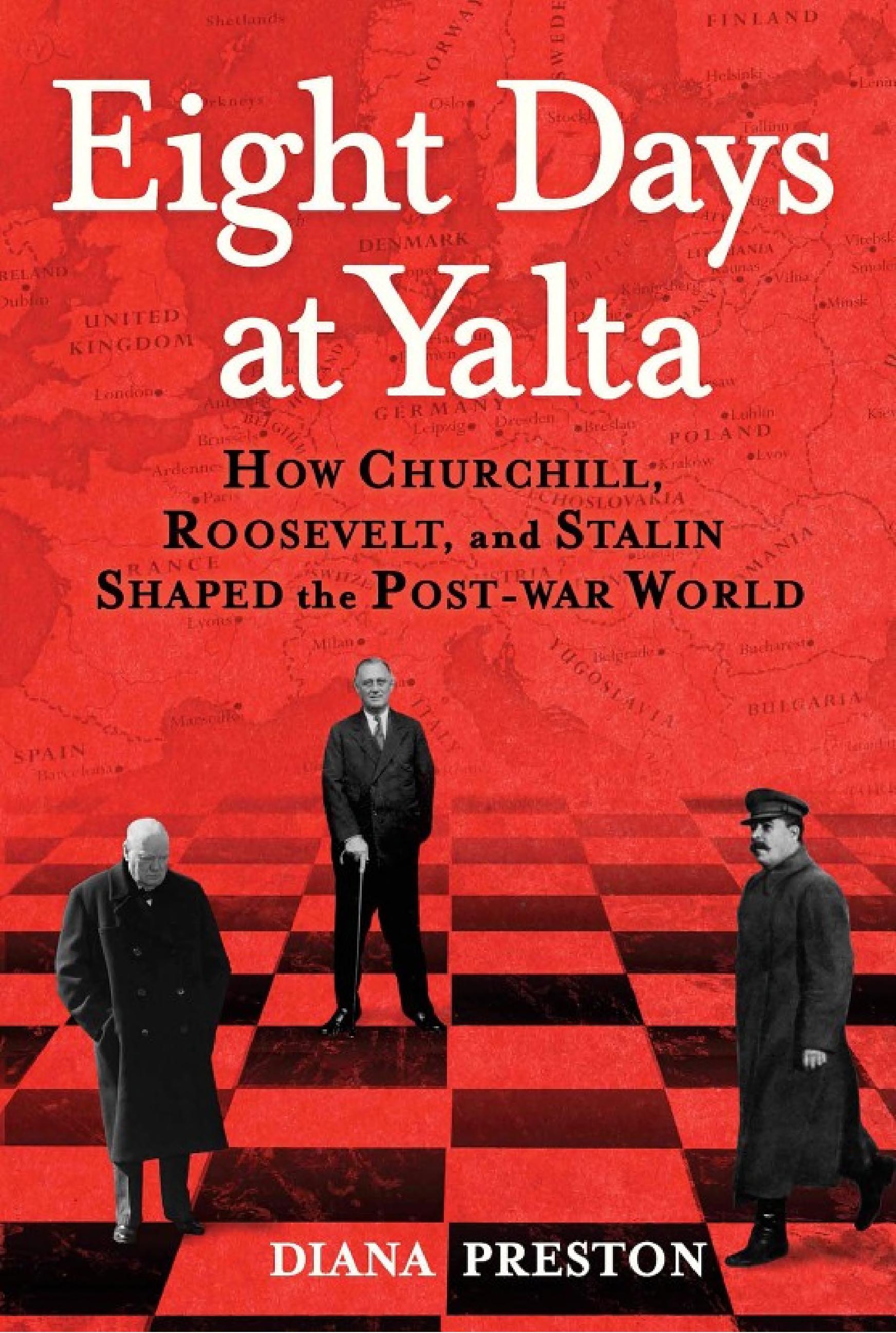 While some of the last battles of WWII were being fought, U.S. President Franklin Roosevelt, British Prime Minister Winston Churchill, and Soviet Premier Joseph Stalin—the so-called “Big Three”—met from February 4-11, 1945, in the Crimean resort town of Yalta. Over eight days of bargaining, bombast, and intermittent bonhomie, while Soviet soldiers and NKVD men patrolled the grounds of the three palaces occupied by their delegations, they decided, among other things, on the endgame of the war against Nazi Germany and how a defeated and occupied Germany should be governed, on the constitution of the nascent United Nations, on the price of Soviet entry into the war against Japan, on the new borders of Poland, and on spheres of influence elsewhere in Eastern Europe, the Balkans, and Greece. With the deep insight of a skilled historian, drawing on the memorable accounts of those who were there—from the leaders and high level advisors such as Averell Harriman, Anthony Eden, and Andrei Gromyko, to Churchill’s clear-eyed secretary Marian Holmes and FDR’s insightful daughter Anna Boettiger—Diana Preston has, on the 75th anniversary of this historic event, crafted a masterful and vivid chronicle of the conference that created the post-war world, out of which came decisions that still resonate loudly today. Ever since, who “won” Yalta has been debated. Three months after the conference, Roosevelt was dead, and right after Germany’s surrender, Churchill wrote to the new president, Harry Truman, of “an iron curtain” that was now “drawn upon [the Soviets’] front.” Knowing his troops controlled eastern Europe, Stalin’s judgment in April 1945 thus speaks volumes: “Whoever occupies a territory also imposes on it his own social system.”

A major new history of the eight days in February 1945 when FDR, Churchill, and Stalin decided the fate of the world Imagine you could eavesdrop on a dinner party with three of the most fascinating historical figures of all t ...

The untold story of the three intelligent and glamorous young women who accompanied their famous fathers to the Yalta Conference in February 1945, and of the conference’s fateful reverberations in the waning days of World W ...

From a master of popular history, the lively, immersive story of the race to seize Berlin in the aftermath of World War II as it’s never been told before BERLIN’S FATE WAS SEALED AT THE 1945 YALTA CONFERENCE: the city, al ...

"Outstanding . . . The most accessible distillation of that conflict yet written." —The Boston Globe "Energetically written and lucid, it makes an ideal introduction to the subject." —The New York Times The “dean of Col ...

The Instant New York Times Bestseller "I could not put this extraordinary book down. Three Days at the Brink is a masterpiece: elegantly written, brilliantly conceived, and impeccably researched. This book not only sparkles b ...

The history of the Second World War is usually told through its decisive battles and campaigns. But behind the front lines, behind even the command centres of Allied generals and military planners, a different level of strate ...

A prize-winning historian reveals how Stalin—not Hitler—was the animating force of World War II in this major new history. We remember World War II as a struggle between good and evil, with Hitler propelling events and th ...

"Evocatively brings to life an epic tale that deserves to be far more widely known."— Tom Standage The riveting true story of the largest polar rescue mission in history: the desperate race to find the survivors of the glam ...

A hugely important book that solely and fully explores for the first time the complex partnership during World War II between FDR and Stalin, by the editor of My Dear Mr. Stalin: The Complete Correspondence of Franklin D. Roo ...

A chilling, riveting account based on newly released Russian documentation that reveals Joseph Stalin’s true motives—and the extent of his enduring commitment to expanding the Soviet empire—during the years in which he ...

A sweeping, brilliantly vivid history of the sudden end of the British empire and the moment when America became a world superpower. "I have not become the King's First Minister in order to preside over the liquidation of the ...

Winner of the Pulitzer Prize No Ordinary Time is a monumental work, a brilliantly conceived chronicle of one of the most vibrant and revolutionary periods in the history of the United States. With an extraordinary collection ...

Winner of the 2018 American Academy of Diplomacy Douglas Dillon Award Shortlisted for the 2018 Duff Cooper Prize in Literary Nonfiction “[A] brilliant book…by far the best study yet” (Paul Kennedy, The Wall Street Journ ...

The traces of the Cold War are still visible in many places all around the world. It is the topic of exhibits and new museums, of memorial days and historic sites, of documentaries and movies, of arts and culture. There are h ...

NEW YORK TIMES BESTSELLER! History called on Harry Truman to unite the Western world against Soviet communism, but first he had to rally Republicans and Democrats behind America’s most dramatic foreign policy shift since Ge ...

A masterful and comprehensive chronicle of World War II, by internationally bestselling historian Antony Beevor. Over the past two decades, Antony Beevor has established himself as one of the world's premier historians of WWI ...

In six weeks during April and May 1915, as World War I escalated, Germany forever altered the way war would be fought. On April 22, at Ypres, German canisters spewed poison gas at French and Canadian soldiers in their trenche ...

A revealing portrait of the end of Franklin Delano Roosevelt's life and presidency, shedding new light on how he made his momentous final policy decisions The first hundred days of FDR's presidency are justly famous, often vi ...

In The Sailor, David F. Schmitz presents a comprehensive reassessment of Franklin Delano Roosevelt's foreign policymaking. Most historians have cast FDR as a leader who resisted an established international strategy and who w ...

King of Battle and Blood

The Stranger in the Lifeboat

We Were Never Here

It Ends with Us

Go Tell the Bees That I Am Gone

The Women Who Wrote the War

And the Mountains Echoed