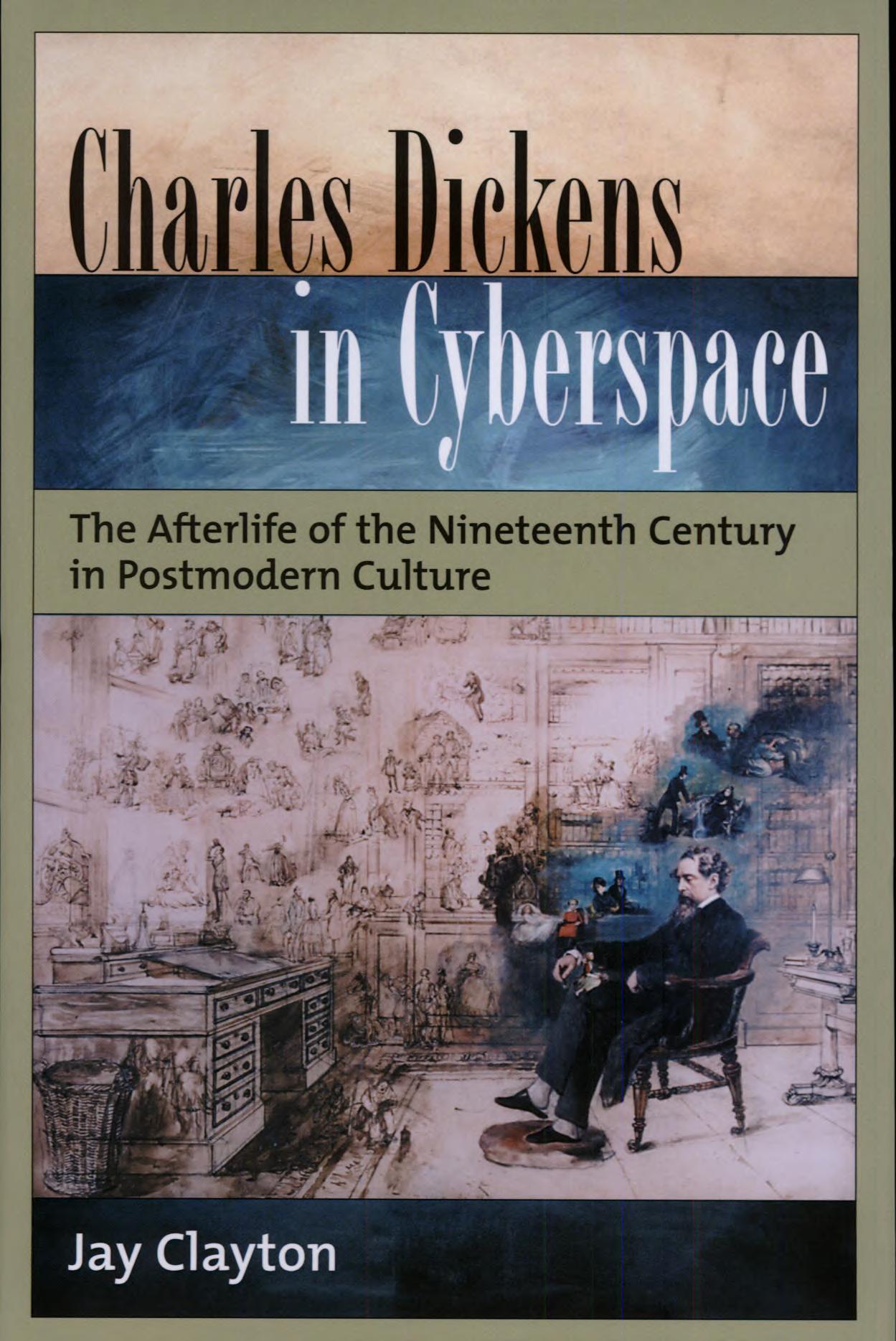 Charles Dickens in Cyberspace opens a window on a startling set of literary and scientific links between contemporary American culture and the nineteenth-century heritage it often repudiates. Surveying a wide range of novelists, scientists, filmmakers, and theorists from the past two centuries, Jay Clayton traces the concealed circuits that connect the telegraph with the Internet, Charles Babbage's Difference Engine with the digital computer, Frankenstein's monster with cyborgs and clones, and Dickens' life and fiction with all manner of contemporary popular culture--from comic books and advertising to recent novels and films. In the process, Clayton argues for two important principles: that postmodernism has a hidden or repressed connection with the nineteenth-century and that revealing those connections can aid in the development of a historical cultural studies. In Charles Dickens in Cyberspace nineteenth-century figures--Jane Austen, Charles Darwin, Charles Dickens, Thomas Hardy, Henry James, Ada Lovelace, Joseph Paxton, Mary Shelley, and Mary Somerville--meet a lively group of counterparts from today: Andrea Barrett, Greg Bear, Peter Carey, Hélène Cixous, Alfonso Cuarón, William Gibson, Donna Haraway, David Lean, Richard Powers, Salman Rushdie, Ridley Scott, Susan Sontag, Neal Stephenson, Bruce Sterling, and Tom Stoppard. The juxtaposition of such a diverse cast of characters leads to a new way of understanding the "undisciplined culture" the two eras share, an understanding that can suggest ways to heal the gap that has long separated literature from science. Combining storytelling and scholarship, this engaging study demonstrates in its own practice the value of a self-reflective stance toward cultural history. Its personal voice, narrative strategies, multiple points of view, recursive loops, and irony emphasize the improvisational nature of the methods it employs. Yet its argument is serious and urgent: that the afterlife of the nineteenth century continues to shape the present in diverse and sometimes conflicting ways.

The Oxford Handbook of Charles Dickens is a comprehensive and up-to-date collection on Dickens's life and works. It includes original chapters on all of Dickens's writing and new considerations of his contexts, from the socia ...

David Copperfield and Great Expectations are among Charles Dickens's most famous novels. In both books, the hero tells the vivid and absorbing tale of his education by life, presents a rich range of characters and scenes, and ...

What are the sources of the commonly held presumption that reading literature should make people more just, humane, and sophisticated? Rendering literary history responsive to the cultural histories of reading, publishing, an ...

This book explores the ideas of children and childhood, and the construct of the ‘ideal’ Victorian child, that developed rapidly over the Victorian era along with literacy and reading material for the emerging mass readin ...

This volume of essays provides a selection of leading contemporary scholarship which situates Dickens in a global perspective. The articles address four main areas: Dickens's reception outside Britain and North America; his i ...

From their first appearance in print, Dickens's fictions immediately migrated into other media, and particularly, in his own time, to the stage. Since then Dickens has continuously, apparently inexhaustibly, functioned as the ...

This book gathers together essays written by leading scholars of adaptation studies to explore the full range of practices and issues currently of concern in the field. The chapters demonstrate how content and messaging are s ...

Great Expectations has had a long, active and sometimes surprising life since its first serialized appearance in All the Year Round between 1 December 1860 and 3 August 1861. In this new publishing and reception history, Mary ...

This is the first full-length study of literary tourism in North America as well as Britain, and a unique exploration of popular response to writers, literary house museums, and the landscapes or "countries " associated with ...

Charles Dickens is credited with creating some of the world's best-known fictional characters, and is widely regarded as the greatest novelist of the Victorian age. Even before reading the works of Dickens many people have me ...

The Oxford Handbook of Victorian Literary Culture is a major contribution to the dynamic field of Victorian studies. This collection of 37 original chapters by leading international Victorian scholars offers new approaches to ...

From the time of Charles Dickens, the imaginative power of the city of London has frequently inspired writers to their most creative flights of fantasy. Charting a new history of London fantasy writing from the Victorian era ...

Charles Dickens is credited with creating some of the world's best-known fictional characters, and is widely regarded as the greatest novelist of the Victorian age. Even before reading the works of Dickens many people have me ...

Why is it that so many of the best-loved novels of the Victorian era take place not in the steam-powered railway present in which they were published, but in the very recent past? Most works by Dickens, Brontë, Eliot, and Ha ...

Introduction by George Bernard Shaw • Nominated as one of America’s best-loved novels by PBS’s The Great American Read Pip, a poor orphan being raised by a cruel sister, does not have much in the way of great expectatio ...

By 1840, the epistolary novel was dead. Letters in Victorian fiction, however, were unmistakably alive. Postal Plots explores how Victorian postal reforms unleashed a new and sometimes unruly population into the Victorian lit ...

Tradition: A Feeling for the Literary Past par Seth Lerer

The Literary Agenda is a series of short polemical monographs about the importance of literature and of reading in the wider world and about the state of literary education inside schools and universities. The category of 'th ...

This is the first book-length study of the fictional autobiography, a subgenre that is at once widely recognizable and rarely examined as a literary form with its own history and dynamics of interpretation. Heidi L. Penningto ...

The Mountain Is You

The Subtle Art of Not Giving a F*ck